WeChat and M2 Pictures, an award-winning Italian movie producer and distributor, have partnered to promote #ScrivimiAncora, the long anticipated romantic comedy that will officially release in theatres throughout Europe October 30th.

To give WeChat Italy users a sneak peak, WeChat and M2 Pictures are giving away 170 free movie passes to the premier and previews through the film’s official WeChat account.

By searching “AlexeRosie” or scanning the QR code below to follow the #ScrivimiAncora official account, WeChatters in Italy can win tickets to the premier and previews of the film by sending words of love and personal messages dedicated to the movie before October 15th.

The most beautiful sentence will receive two tickets to the exclusive premiere of #ScrivimiAncora at the upcoming International Film Festival of Rome. And the authors of the 85 most creative and interesting phrases, will be awarded two tickets each for the previews of the movie on October 21st.

Adapted from best-selling novel by Cecelia Ahern, #ScrivimiAncora is a tale about how two best friends keep their relationship alive. The lively and touching romantic comedy talks about the twist of fate and the power of feelings.

“WeChat is not just a messaging application, but above all a platform to share moments and emotions, so the collaboration with #ScrivimiAncora seemed to us at once natural and stimulating opportunity for us and for our users,” said Andrea Ghizzoni, Country Director of WeChat Italy. 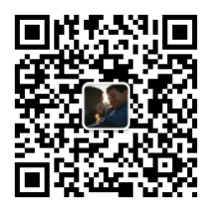