There are only six degrees of separation standing between you and your favourite singer, sports idol or actress. The hottest stars, Matthew McConaughey, Eva Longoria, Lionel Messi and many more are using WeChat to connect directly with their fans through the use of official accounts. By following them on WeChat, you can chat with them and get an inside look into their lives.

For the adoring fans of Italy’s hottest pop star, Alessandra Amoroso, this one degree of separation became a reality during her dell’Amore Puro Tour where the singer collaborated with WeChat to offer once-in-a-lifetime opportunities to step into her world.

At each concert, her fans were handed paper megaphones with a QR code to download WeChat and subscribe to her official account.  After following, they were greeted with a warm message from Alessandra herself and asked to take a #selfie and send it back to her account.

These selfies were then displayed on the LED screen at the concert stadium five minutes before her performance.  After a swarm of photos were submitted and displayed, 15 lucky fans were invited to meet with her backstage after the concert. And there we have it, six degrees down to one! 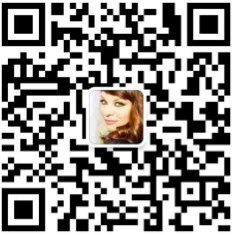